Hard to imagine how I (and an entire BBS outing!) managed to overlook the abundant aquatic moss on the burn. But they did and I did for many years. Now it's on the list though - at bryophyte species #100. Hoorah! 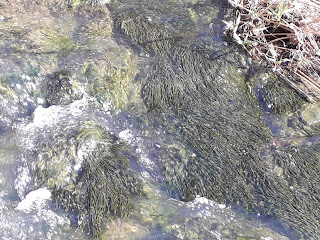 Email ThisBlogThis!Share to TwitterShare to FacebookShare to Pinterest
Labels: #bryophyte

A shore fly swept this week turned out to be Parydra aquila, apparently new to Fife 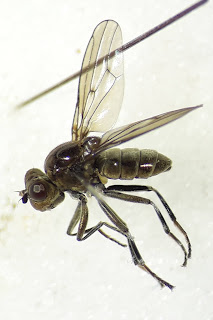 As we approach the end of March the invertebrate 1k challenge has thus far produced 77 species new for the reserve, 46 species new to me and 12 species new to the county, which isn't bad at all. It certainly makes the case for it being a worthwhile project.

Away from inverts there are still things other than inverts which are going to pop up. In this case, a sheep poo based trap for dung beetles sprouted fungi this week - the Cowpat Gem, Cheilymenia granulata. A watching eye will be kept on the bait as well as the trap in this case as there aren't many dung based fungi records for the reserve.

With the weather cool and threatening rain (and windy...) I went to Cullaloe anyway and decided to sieve even more of the grass pile of wonder. Most of what fell into the tray was of the ho-hum, would-have-been-pleased-to-see-you-in-January variety but one little translucent disc caught my eye, thankfully.

I have recorded the larger, greener Cassida rubiginosa on the reserve, and this is quite noticeably a different thing. It likes Caryophlyll ... Carophylea ... probably Red Campion. 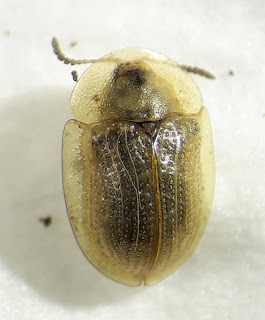 Email ThisBlogThis!Share to TwitterShare to FacebookShare to Pinterest
Labels: #coleoptera

Another good lunch break at Cullaloe took me over the 250 with some nice big bees and a new/not-new fly. Fly first, since I need to explain. Hydromya dorsalis was in the list of diptera for the reserve but somehow never made it to the total list, so it was recorded, but not counted. Anyway, now it's both and I get to count it as an addition. This was swept on damp pathside, so not a Willow hit. 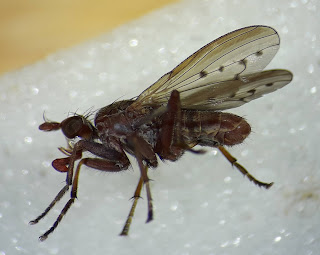 An actual addition was Andrena clarkella, a female of which evaded me several times the other day, but which I was able to nail down today. Shocking pictures, sadly. However some other new additions today of nice, easy-to-identify with live pictures.

I spent a happy lunchtime getting a crick in my neck to look at Salix catkins yesterday, mostly trying to avoid the 100s of honey bees that I think have something to do with the reserve's neighbour. 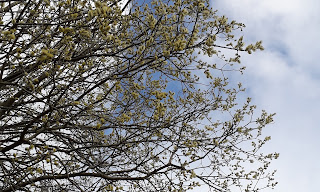 It seemed to take forever this year to have any open catkins but finally "project tussock" has been overtaken by "project catkin". Yesterday a reasonable collection of flies was made, with many more duplicates not taken or released after ID. Papilio binoculars help no end in identifying target beasts and body-swerving the others. 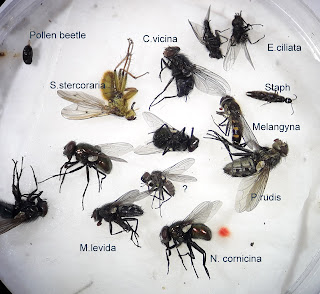 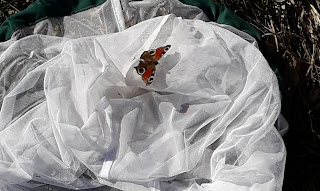 And swept from grass was one of my faves - Stenocranus minutus 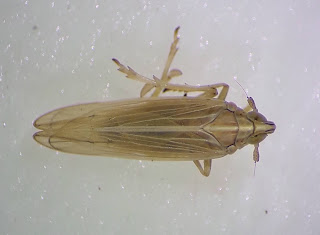 I thought I might reach the 250 mark last night, but it wasn't to be. With only two species required it will almost certainly be today.

Finally the moth challenge got some air under its wings and rose off the ground. I set the actinic heath trap up last night and then had a look at the salix catkins, which were happily being feasted on by a usual early spring collection of Common Quaker, Hebrew Character and Satellite moths, An Agonopterix heracliana was netted on the way along the path. This morning the trap held three of my target species - Yellow Horned. The moth total is now up to a monster 8 species. That's nearly double figures! 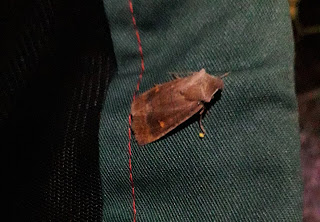 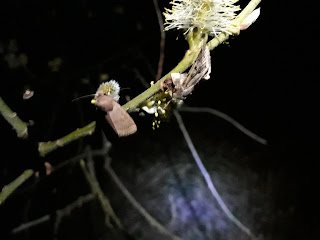 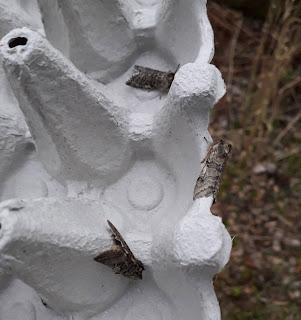 Yesterday was good during the day, too, with sunny tree trunks hosting Kidney-spot Ladybird and the same Salix (only one's really in flower, accessibly anyway) hosted Melangyna quadrimaculata.

Yearlist stands at 240 species of inverts now. The full list is on the yearlist tab - here

On the realisation of 300 dipteran species, it's a good time to post the latest breakdown by category. In addition to a 300 landmark for flies this record also makes the number of additions this year (77) equal to the whole of that for 2020.